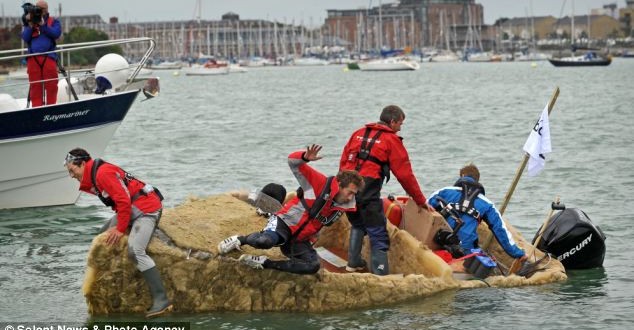 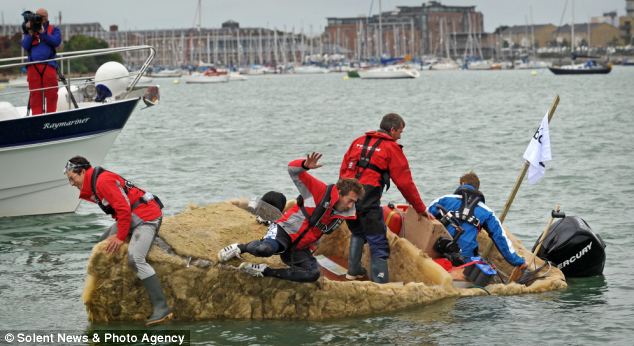 Last week TV “scientists” from the BBC show Bang Goes the Theory tested a boat constructed of Pykrete hemp-ice in the warm waters of Portsmouth Harbor, England. Steadily melting, it sank after only an hour in the water, forcing hosts to evacuate ship.

Bang Goes the Theory attempted to recreate the design ideas of 1940s inventor Geoffrey Pike, who originally conceptualized the Pykrete vessel as a cost-effective option for use in the frigid Atlantic Ocean.

Physicists and chemists who gathered to watch further cited the small size of the vessel as a reason for its collapse, stating that the melting rate of ice decreases as surface volume increases. [pics and story: DailyMail ] 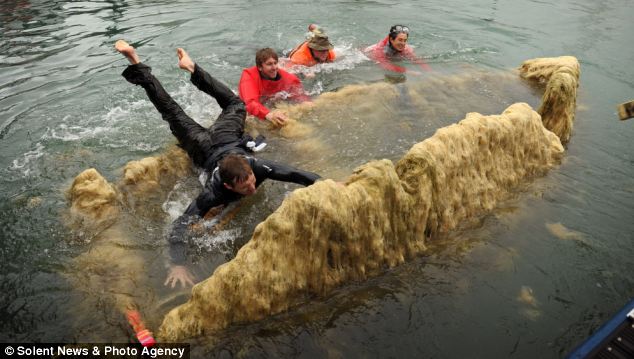 Previous Kid suspended from School for smoking pot but in reality he’s been crying because his dad was just brutally stabbed to death.
Next Comedian caught with medical marijuana at customs after petting drug-sniffing dog